How does your behaviour change your thoughts?

What if behavioural research led to better conversations instead of more in-app time?

You heard it right: change in our behaviour can impact our thoughts and change them. This has been a lively area of research for many scholars in psychology, economics, sociology, and more, which led to many real life experiments such as the ‘nudge theory’, adopted by corporates & governments alike (UK). Most of the apps we use on our mobiles leverage it in one way or another; calorie counters, deadline reminders, calendar time blocking. All mainly to increase your in-app usage.

As founders of Multytude, we live in this world as well. Who can deny the fact that a li’l nudging can create wonders! When we set out to design the conversation mechanics on Multytude though, our research into this field validated our take on what needs to be true to help our users have meaningful conversations and make sense of them at the same time instead of just increasing in-app time.

Here’s a summary of our learnings and how we applied them in the app.

How do you enhance the deliberative quality of political discussions in online forums? This was the question that researchers Edith Manosevitch, Nili Steinfeld & Azi Lev-On asked themselves, and building on theories of information processing and social norms, they suggest that particular visual banners may be integrated in an online forum, and serve as cues that prime participants to think about the context as a place of public deliberation.

They test the hypothesis that these cues would promote the deliberative quality of the discussion; by conducting a controlled experiment where cues were integrated as visual banners alongside the content of an online discussion forum. Content analysis of forum comments included measures for reasoned opinion expression as well as indicators of listening and respecting others’ opinions. Findings support the study’s hypotheses that deliberative cues matter for online deliberation.

Implementing this method, we have integrated contextual connectors (agreement — disagreement spectrum) into Multytude to provide these cues to users. They help others understand where the opinion owner stands, how much agreement exists, if there’s a nuance to explore or not in them being neutral about the topic, as in is it because of lack of information or trying to stay open minded till the end of the conversation?

How do the status cues and informational cascades shape participation in online political discussions? Here the researcher, Alcides Velasquez examines a content analysis of news stories posted in a Colombian online political community to see whether that effect exists or not.

An information cascade occurs when people observe the actions of others and then make the same choice that the others have made, independently of their own private information signals. It looks at how the authors’ news story posting increase rate, the number of news story sources, the velocity at which comments to a news story start to appear, and the comment interactivity affect discussion participation. Results suggest that cues that signal expertise influence participation, while discussion among users also influences the decision of others to participate.

If we care about the independent thought process of individuals, can we help them to do just that? Well, this is the reason why we designed our opinion cards to present one opinion at a time instead of a thread where users are exposed to all opinions at the same time and can’t help but read through them all before they create their own ideas. This prevents information cascade by having the viewer make their own choice regardless of previous responses.

What effect does one’s number of followers, likes, physical attractiveness and percentage of selfies posted have on their expected likability? This is a real question which researchers, Steven W. Bradley, James A. Roberts, and Preston W. Bradley studied. The results indicate that those with more followers and “likes” have higher perceived likability. In addition, this perception was enhanced by physical attractiveness, but diminished by the percentage of “selfies” posted. They also found that likability differed by gender, age, and the amount of time spent on social media.

There’s a certain amount of vanity in all of us, should we allow it to define us so much though? We couldn’t avoid introducing ‘following’ to Multytude, but the point is to follow other users because you like their contributions and you want to see their future opinions on various topics. We never show number of followers on our profiles. Our goal is to make the user visible by their opinions and ideas instead of their followers or likes.

How do you incentivise regular readers on the Internet to do more fact-checking for themselves? Researchers, Calum Thornhill, Quentin Meeus, Jeroen Peperkamp and Bettina Berendt look for the answer to that question by proposing the use of nudges. They discuss two types of nudging strategies, by presentation and by information.

They use the tool BalancedView, a proof-of-concept that shows news stories relevant to a tweet. The method presents the user with a selection of articles from a range of reputable news sources providing alternative opinions from the whole political spectrum, with these alternative articles identified as matching the original one by a combination of natural language processing and search. The results suggest that nudging by information may change the behavior of users towards that of informed news readers.

In order to help our users explore the other side of the coin, we introduced filtering by the agreements— disagreement spectrum. Our users focus on topics instead of who has written them which opens a much wider horizon for them to see what everyone says on the topic irrespective of which club they belong to.

Who hasn’t regretted some of their past online comments? Keep calm, you’re not alone! Researchers, Wang, Y., Leon, P. G., Acquisti, A., Cranor, L. F., Forget, A., & Sadeh, N. (2014) designed and implemented two modifications to the Facebook web interface that nudge users to consider the content and audience of their online disclosures more carefully. They analysed participants’ interactions with the nudges, the content of their posts, and opinions collected through surveys. They found that reminders about the audience of posts can prevent unintended disclosures without major burden.

We’re on a similar wavelength with these researchers when it comes to nudging our users about offensive language for one. Multytude uses Perspective API (powered by AI) to inform users about how likely offensive their comment is before they post. According to Perspective’s own research, 44.7% of users replaced or removed offensive words once they got the ‘nudge’.

Following the same old design rule book for social platforms doesn’t work anymore. Similar to how we forget that Google, Facebook and Twitter are not startups anymore, we forget that we have over 20 years of data and research accumulated on how social affects user behaviour, what works better for individuals and the society at large. We have the cues; let’s not be afraid of making the right changes in design and business models.

We’d love for you to host your own topics to experience these new user experience nudges towards better online conversations.

If you’re on iOS, you can download Multytude on the App Store.

We can’t wait to welcome you and your community! 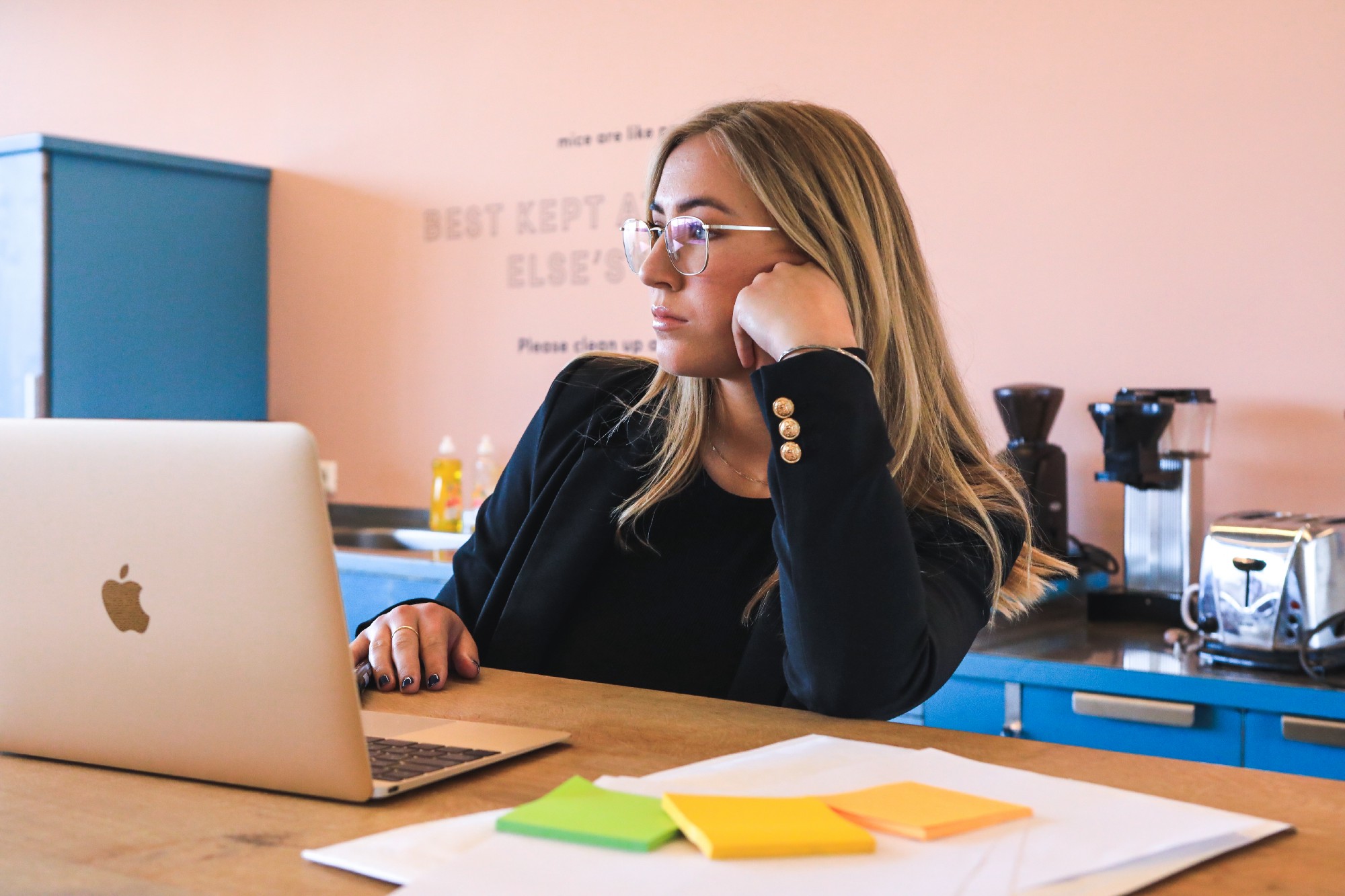 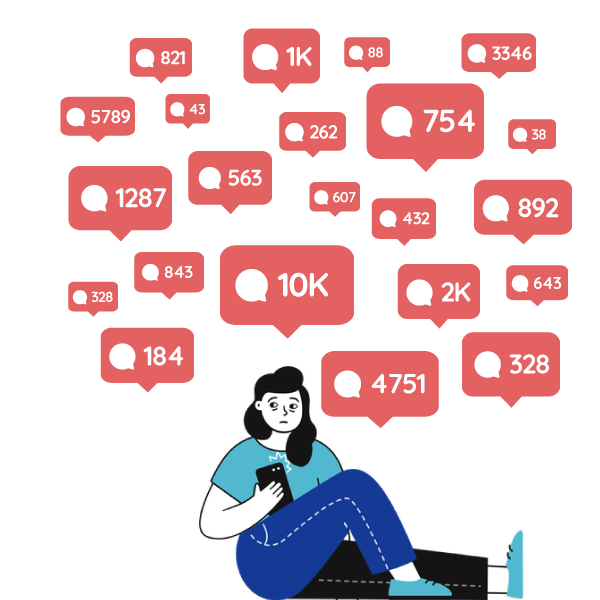 Comment Mining for Video Creators: How to Find the Meaning in Comments 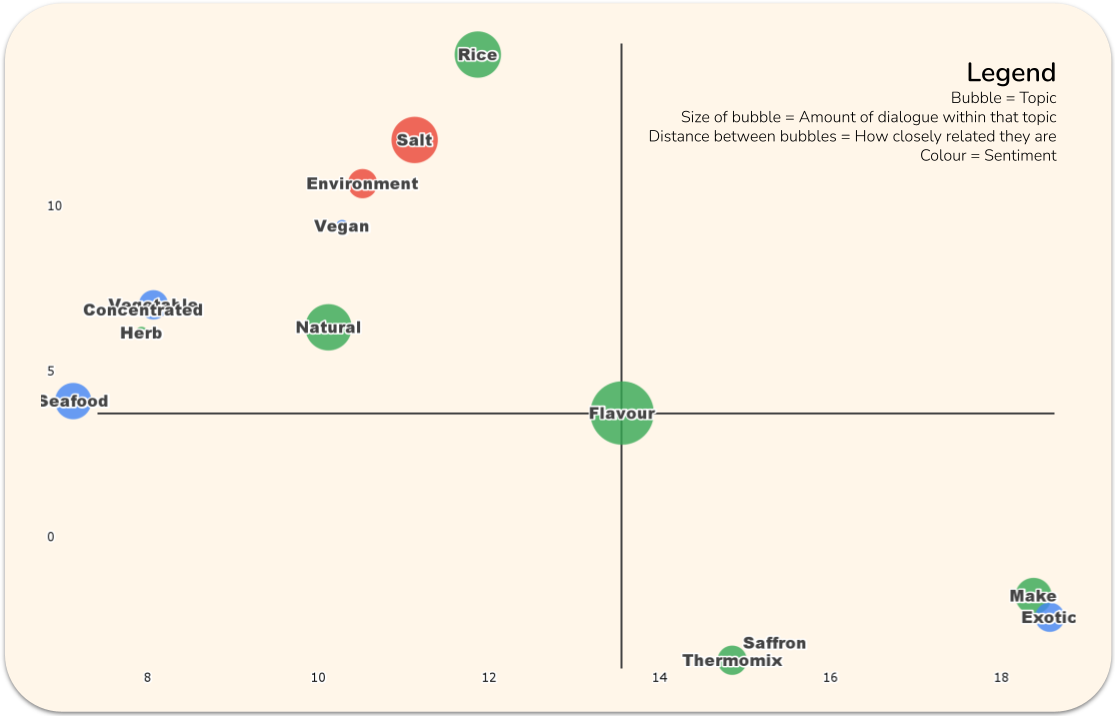 Deeper Insights Beyond the Brief